A lodge’s “traversing” describes where you can go on drive or walks whilst staying there. It varies significantly by lodges and is a factor to consider. However, most lodges have access to more than enough land to make your safari an excellent experience and it is generally not worth worrying yourself with overly.

THE IMPORTANCE OF WATER

If you are seeking perfection, similarly relevant in choosing your lodge and location are the sources of water which attract game, particularly important in the dry winter months. If traversing areas are important to you, look also at the availability of water in a lodge’s traverse. 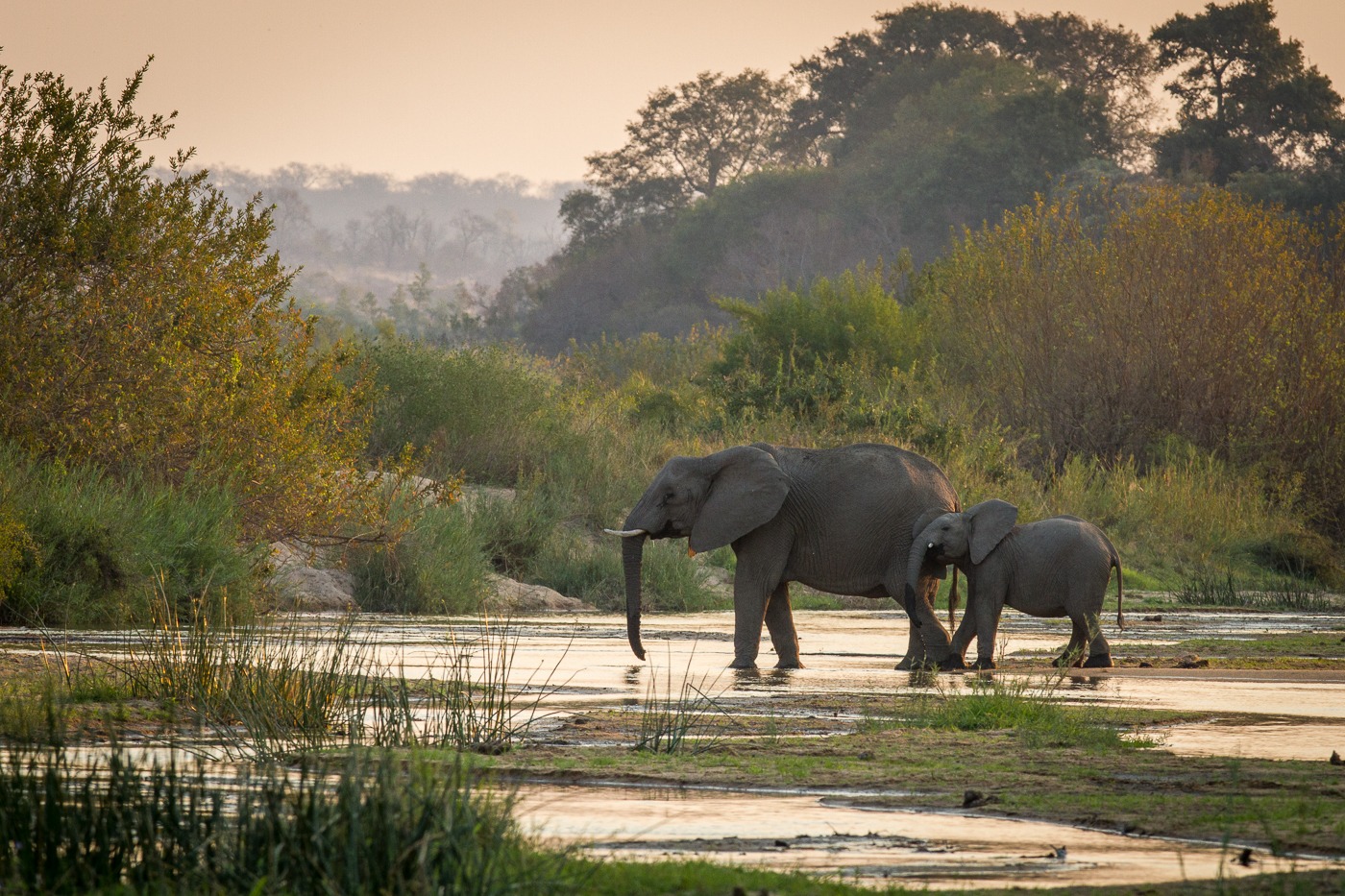 Traversing is simplest in Kruger’s private concessions, where entire properties have been incorporated in to the park. Rights to conduct walking and usually driving safaris are granted by the park authorities over large portions of land (typically 15,000 hectares) to a single operator, who may develop one or more lodges in the locality. These have exclusive use of the land, and you will not see vehicles from other lodges.

Given that the authorities have selected their locations having the whole park to choose from, they are a safe choice if you want the simplest access to your direct surroundings in an area with good game and water.

Ngala is a good example of this phenomenon at work. Technically a contractual addition to the park (as is Makuleke), its four large farms used to be part of the Timbavati, but have now been incorporated in to the Kruger and vehicles and walking safaris operate exclusively here. It offers just two lodges in almost 15,000 hectares, Safari Lodge and Ngala Tented Camp.

Large private reserves such as Sabi Sand are technically outside the national park, but fences between them have been removed, animals move freely, and the ecosystem is managed together as a whole. This phenomenon continues, with recent expansion of Balule to the edge of Hoedspruit, and the incorporation of Thornybush in to the Greater Kruger. 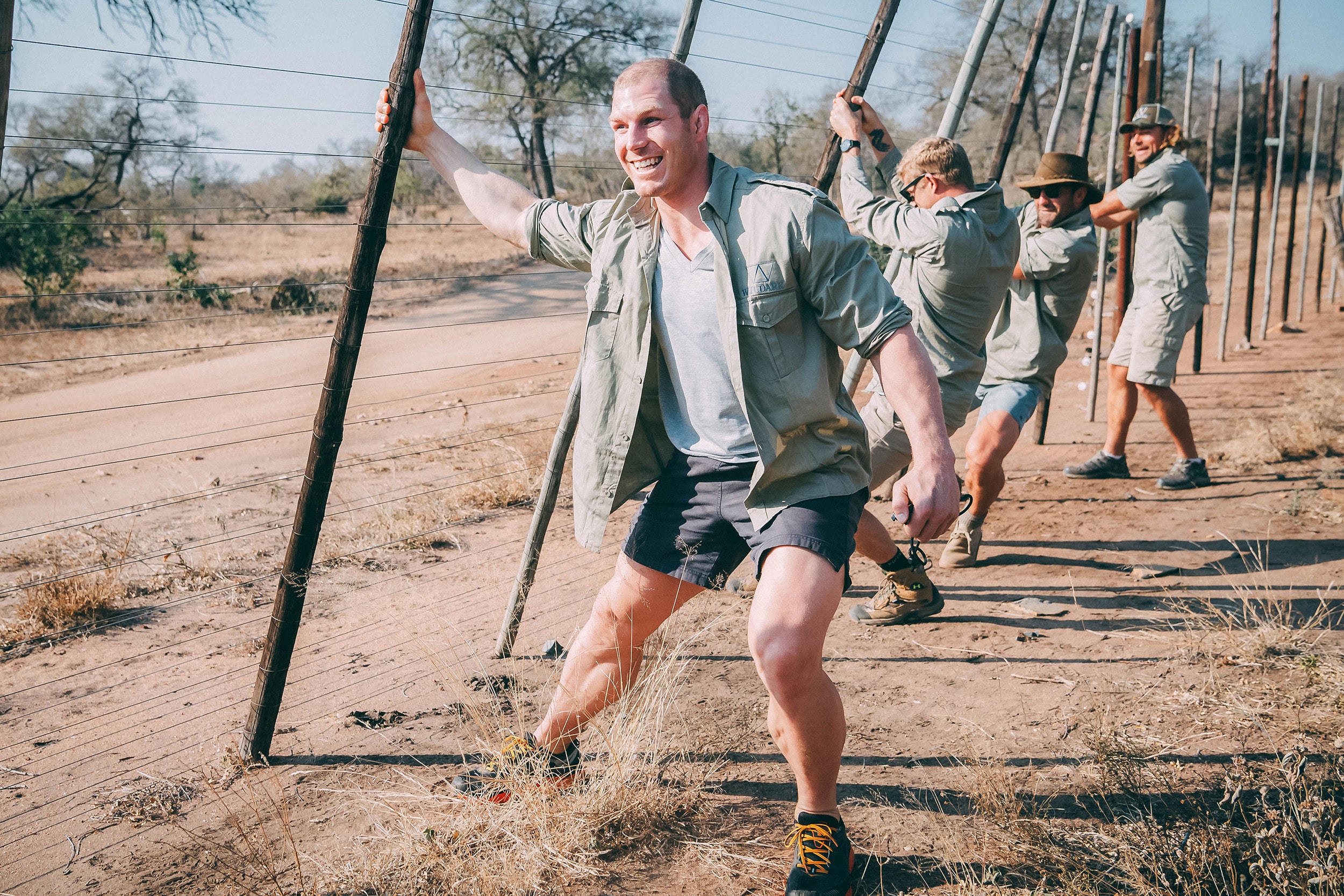 The situation is slightly different for human visitors. The reserves have grown over time through the incorporation of separate parcels of land into a larger, unfenced conservation area. The ownership deeds to these pieces of land (“farms”) remain in the hands of private landowners. Each lodge or landowner can choose to enter into agreements for their guests for reciprocal access (or not) with their neighbours (or land that is farther away).

The result is that these reserves are effectively  patchworks of separate properties, some of which are accessible to others, some of which are not. This phenomenon is “traversing” other owners’ properties. So, in addition to knowing how much land your chosen property owns, it is useful to know how much additional traversing it has.

The perennial Sand river cuts through Sabi Sand and lodges which are situated on its game-rich banks tend to charge a premium price. The Sabie river forms the reserve’s southern boundary, and also offers desirably located lodges.

Lodges traverse firstly on the land that they own. For historic reasons, a number you will see is 856 hectares (or multiples of this), because this corresponds to 1,000 morgens, a unit of land used to divide lands in to portions under Dutch law. They may also have agreements to traverse on neighbours farms. To illustrate this, in Sabi Sand, two lodges own less than 1,000 hectares of land. Umkumbe has a spectacular piece of prime Sand river frontage in the south, but does not traverse outside its own property. Arathusa has a beautiful waterhole location in the drier north Sabi Sand, but has agreements extending its traverse to more than 4,000 hectares.

Groups of owners such as the western lodges of the Sabi Sand have banded together to provide reciprocal access (these include Dulini, Idube, Inyati, Leopard Hills, Savanna, and Ulusaba). Each lodge is on its own land, but it shares the area (and sightings) with its neighbours. The lodges share 10,000 hectares of land between them, making for a more densely trafficked part of the reserve than elsewhere.

The western lodges are blocked from the rest of the Sabi Sand to the east by Singita. but they share access to the Sand river through the properties of Dulini and Inyati.

The northern Sabi Sand lodges have arrangements between themselves that vary slightly by property. Arathusa stands out as having the widest traversing rights, and Cheetah Plains and Djuma / Vuyatela are also well-positioned in being the only commercial operators with access to a large chunk of land between Sabi Sand and Manyeleti on the farm entitled Buffelshoek.

Water in the north is confined to seasonal rivers and waterholes, but some lodges have spectacular locations on huge dams.

Most lodges here enjoy some river access, and there are plenty of waterholes where it is limited (Sabi Sabi and Nottens, which share a traverse).

Lion Sands, Kirkmans, and the new lodge Tengile are particularly interesting in having access to both Sand and Sabie rivers through mutual traversing arrangements.

In terms of raw traversing and Sand river access, the best lodges are the ultra exclusive Sabi Sand triumvirate. They own their own vast tracts of land, and do not traverse outside, or let anyone else in. For this reason they tend to be the highest profile, and typically the most expensive. Singita, Londolozi and MalaMala fall in to this category.

In Timbavati, the lodges that stands out for traversing are Motswari which has full traversing from the north of the reserve all the way down to Kings Camp and the more central lodges; its vehicles enter these areas too with permission, and Kambaku which is an oddity offering a generous 12,000 hectares of traversing in both Timbavati and Klaserie reserves, of which 1,000 is exclusive.