In safari areas such as the Kruger and adjacent countries to the north, autumn is short and offers relief from the rains before a fairly sudden drop in daytime temperatures from a balmy 29C/85F marking the onset of winter. Nights become colder, but sub-tropical southern Africa nevertheless enjoys daytime winter temperatures that rarely drop below 22C/73F. Whilst mornings feel brisk, you’ll be wanting to get up to enjoy the outstanding game viewing at this time of year. 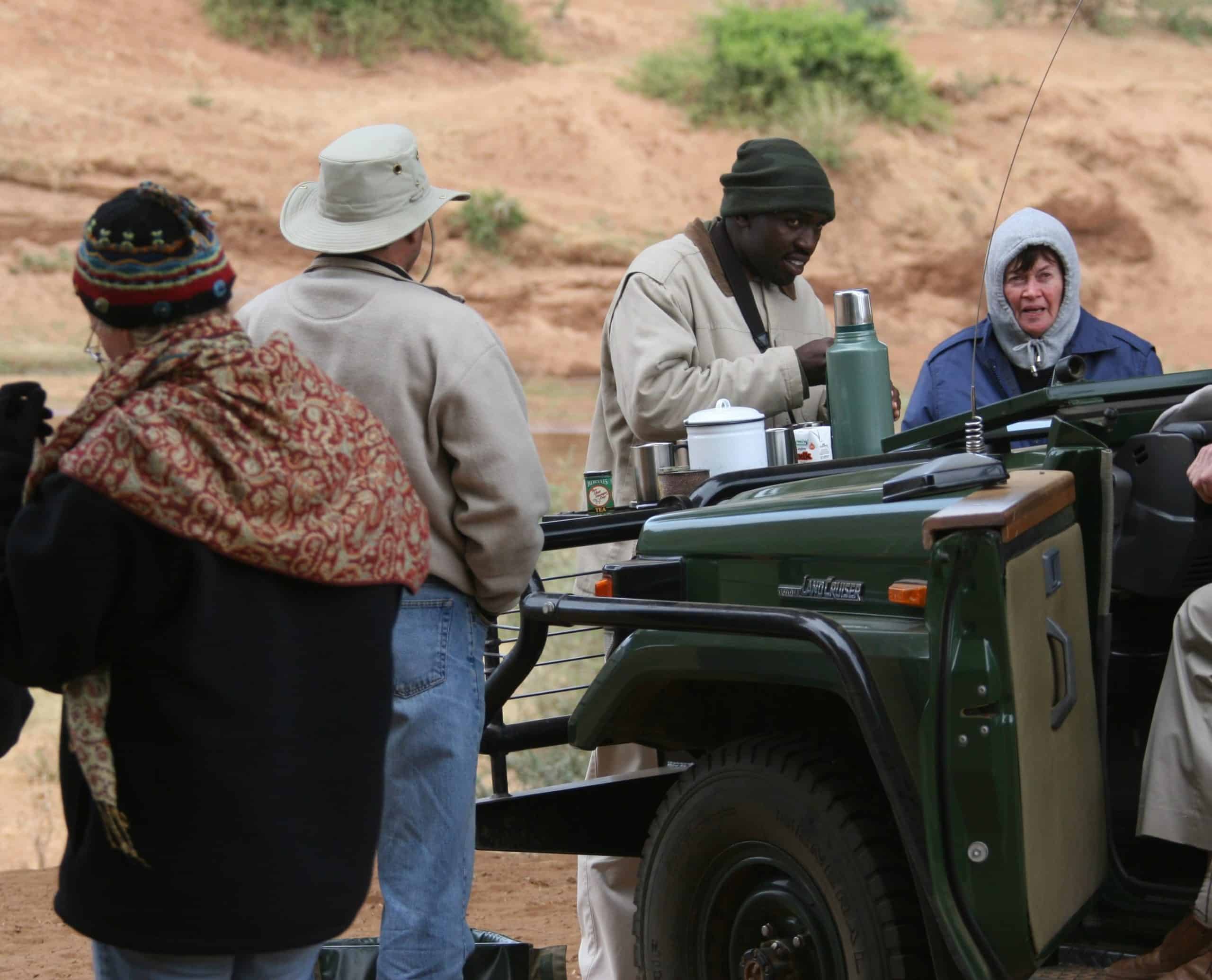 During Winter months vegetation becomes sparse – grasses are low and the trees and bushes shed foliage – so visibility is excellent. Finding animals to observe is easier. Sightings can be much further away and clearer than when the bush is at its thickest.

Rivers and waterholes dry up. Large herds of game perform limited migrations around the area in search of water. 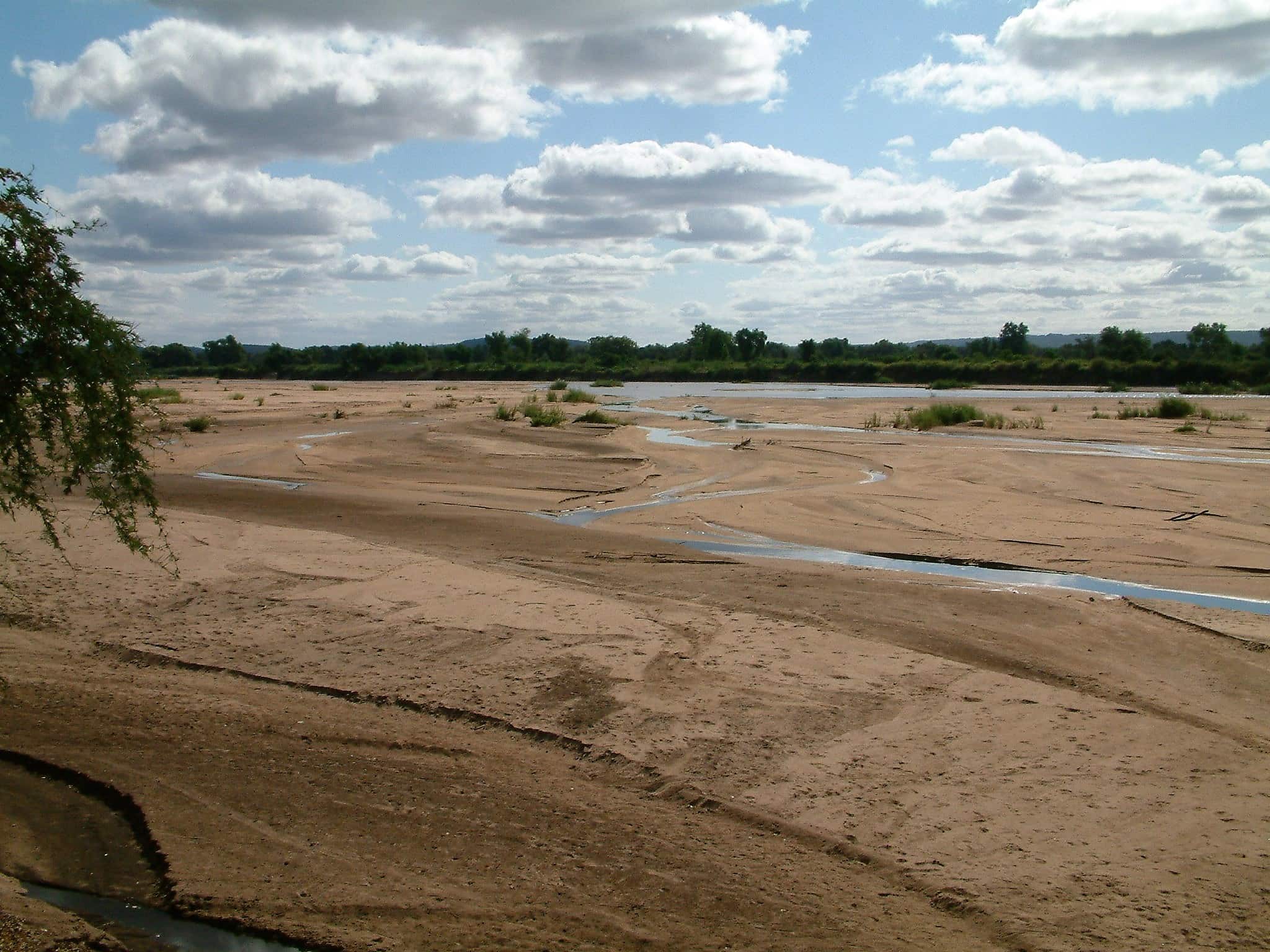 Crooks Corner in winter with the dry Limpopo riverbed

Winter water is found mainly around rivers and drainage lines, dams, and large perennial waterholes. The National Parks and the Private Reserves use windmills and boreholes to pump to artificial water sources. Game concentrates in all of these areas and attracts predators in numbers. Wet places are great for sightings in the first and last few hours of the day as everything comes to drink. 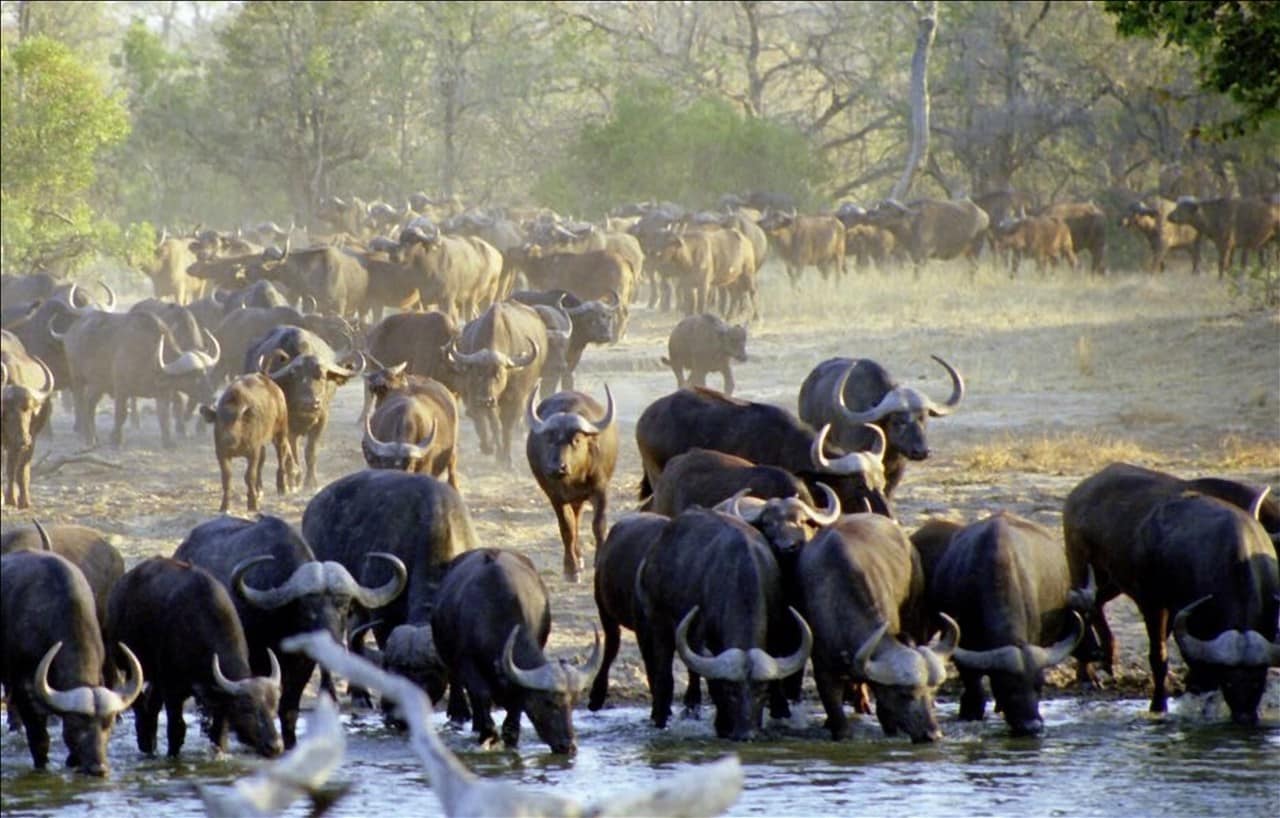 The Tropic of Capricorn cuts mid-way through the Kruger: you are closer here to the Equator than to Cape Town, so daylight is neither as seasonal nor much shorter in length than in Summer. National Park morning and evening Gate times are adjusted by just an hour, with access usually from 06h30 to 17h30 at the Kruger and its Restcamps.

At this time of year you should come equipped with thermal clothing if you are camping – night-time temperatures sometimes get down to 8C (45F) or so – and wrap up warm on your morning and evening drives and walks. We’ve got a packing list to help get you covered.

In terms of visitor numbers, Winter tends to have less local but more overseas visitors than Summer months, with exceptions for school holidays and long weekends before/after SA National Holidays. Lodges often charge “low-season” rates between May and the end of July (the so-called “Secret Season” before many Europeans and American come for their annual holidays) and  again in September.

In the northern bush, the end of Winter is the time of lowest risk for contracting malaria as the mosquitoes have died off or gone into hibernation. Nevertheless, you should take advice from your medical practitioner even for travel at this time of year.

If you are after a Bush and Beach combination, bear in mind that the Cape receives most of its rain in Winter, along with strong winds (such as the notorious Cape Doctor). Daytime temperatures are around 18C/65F; it can be significantly colder with snow on some of the mountain peaks and passes. Mozambique is a better option for a relaxing beach extension to your Safari at this time of year. The South African East Coast is warmed by the Indian Ocean and May-September are good times for surfing and scuba diving, with the sardine run from May to July off KwaZulu Natal.

Nevetheless there are upsides to this time of year in the Cape including the spectacular flower season in August and September. The unique fynbos comes into bloom along with spectacular general flora from the Winelands through the Cedarberg mountains along the West Coast up into Namaqualand. September is  peak time for land-based Whale watching from Hermanus along to False Bay.