It is imperative to have a good map of the road network. Many people do not bother. And regret it. You will miss out on gravel road loops, short cuts and most of the dams if you just drive along tar road between restcamps. You can buy one at any gate as you enter if necessary.

Bring your guidebooks or pick some up at the first restcamp you see with a shop. They are well stocked with pictorial guides and checklists.

Ensure that you have enough fuel for the journey (if you doing the trip above, there are commercial fuel stations just outside Phalaborwa Gate, and inside the Park at Orpen Gate). Take plenty of water and some biltong or other snacks to keep you going until you get to the next stop.

Make sure that you take the opportunity to stop at the restcamps and getting-out points that you pass: there are limited opportunities to stretch your legs, relax a little, and get some food.

Do not travel faster than indicated (50 km/hour on tar roads, 30 on sand). There are Park Police with speed guns in the bush, particularly around the Gates near closing time.Allow plenty of time for viewing, so expect to achieve far less than these speeds. Check your distances. Make a plan and stick to it (e.g., be at Letaba for late breakfast). Keep an eye on the clock and the distance to your destination. Compensate if you are running late (e.g., cut out those circular routes to waterholes on sand roads). Expect to be fined if you are late entering gates or camps. 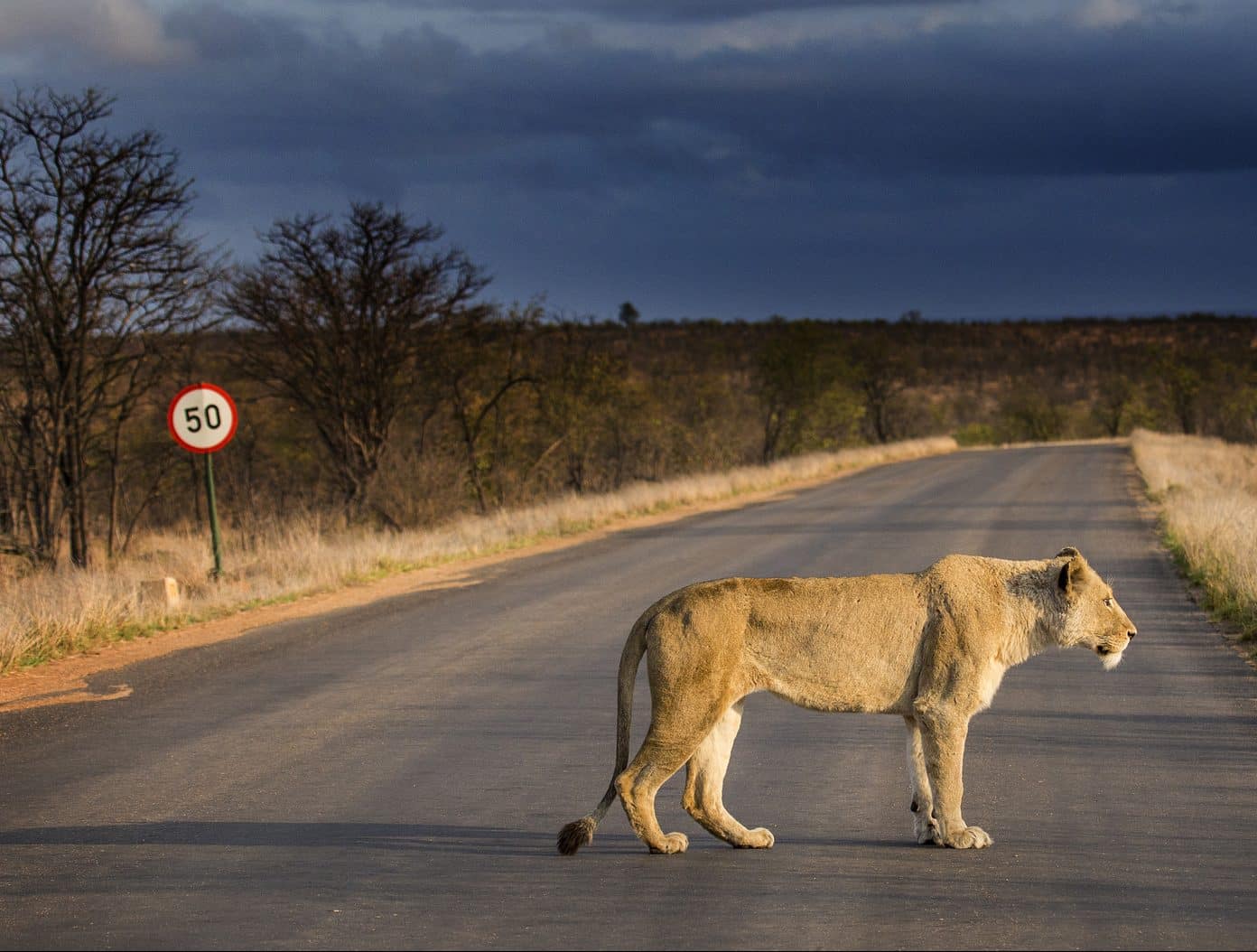 Observe the common-sense rules of the road. STOP if animals are crossing the road, and do not threaten them by approaching too closely. Do not get out of your car unless signage indicates permission and circumstances indicate safety. 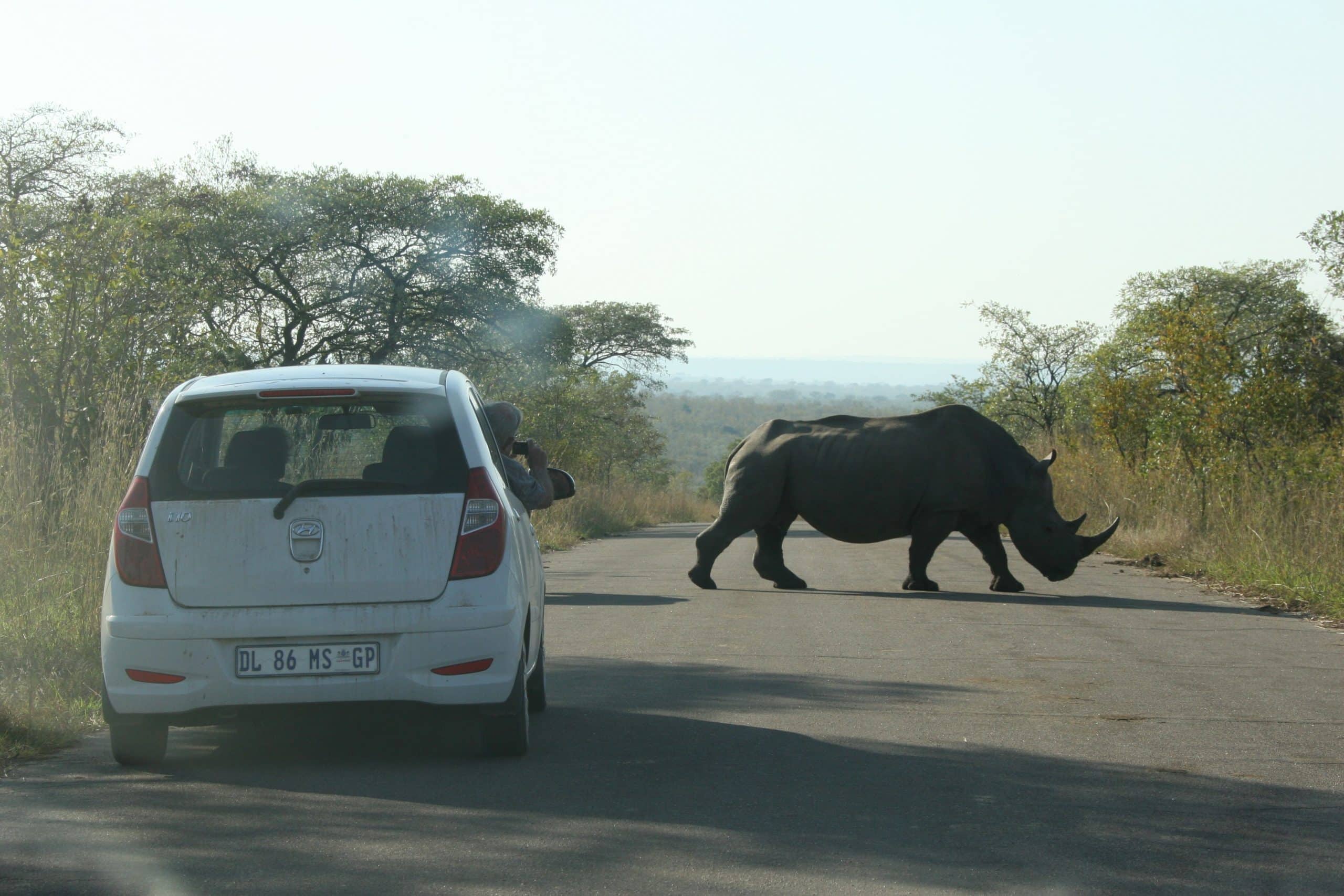 It is the private glimpses of nature going about its business- a leopard resting up a tree with a carcass twice its size it has just dragged there, just yourselves with a herd of a hundred elephant or buffalo parked up at a waterhole- that make your trip magic. If you drive slowly, keep your eyes peeled, think about what the natural signs are telling you, and trust your luck, you will be rewarded with good sightings.

There are certain things that you cannot miss, like a roadside lion-kill. Without the benefit of a guide in their car to interpret the signs of the bush, some people get frustrated and drive along at speed between clusters of other vehicles to follow up on what they are seeing. This is a viable strategy and enough for some, particularly if in a rush. 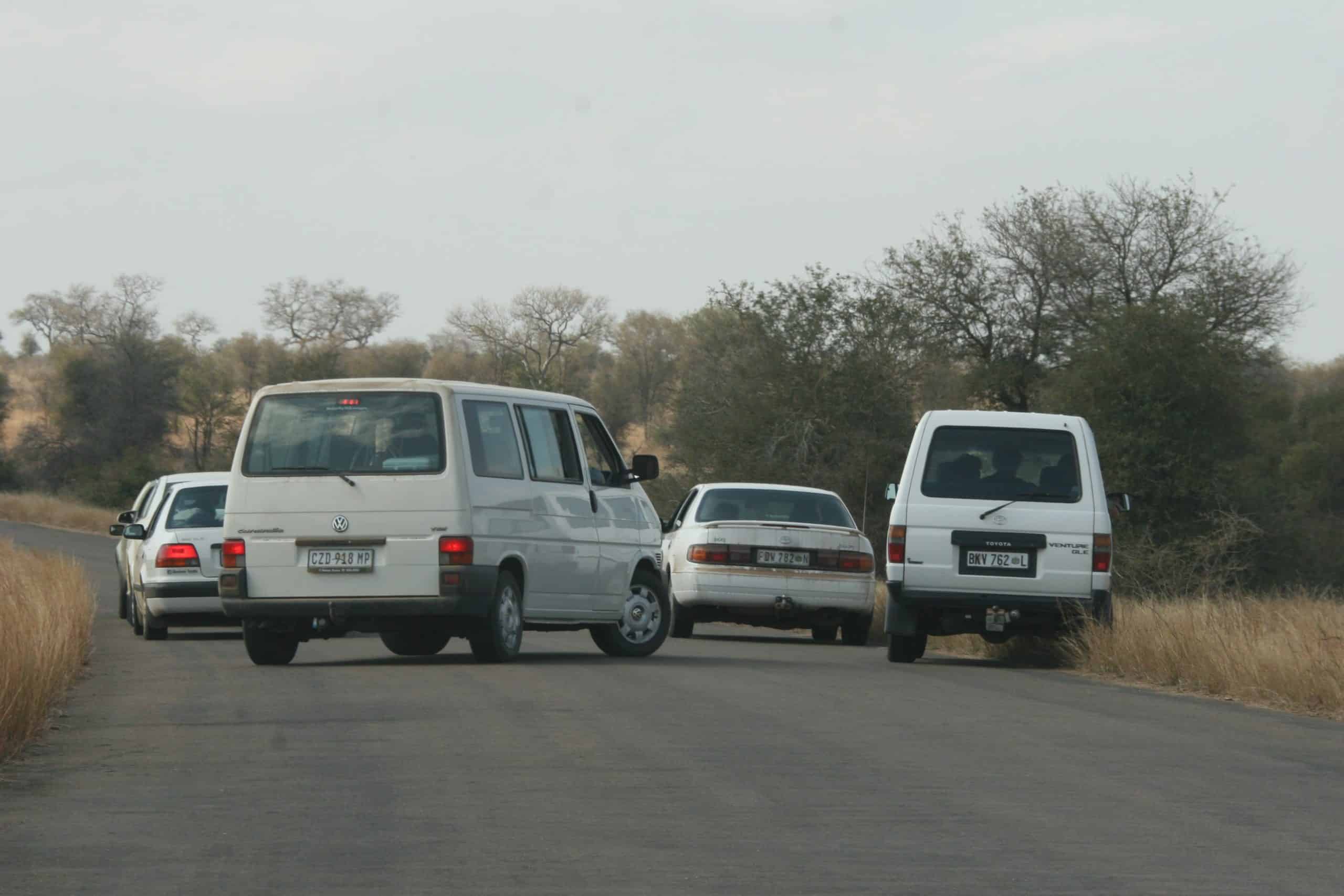 Talk to other people if you get the chance. News gets relayed rapidly along the bush telegraph (e.g., cheetah on the plain north of the road 5km west of here). There are apps for phones to map sightings but coverage is thin. Purists frown on this sort of activity. 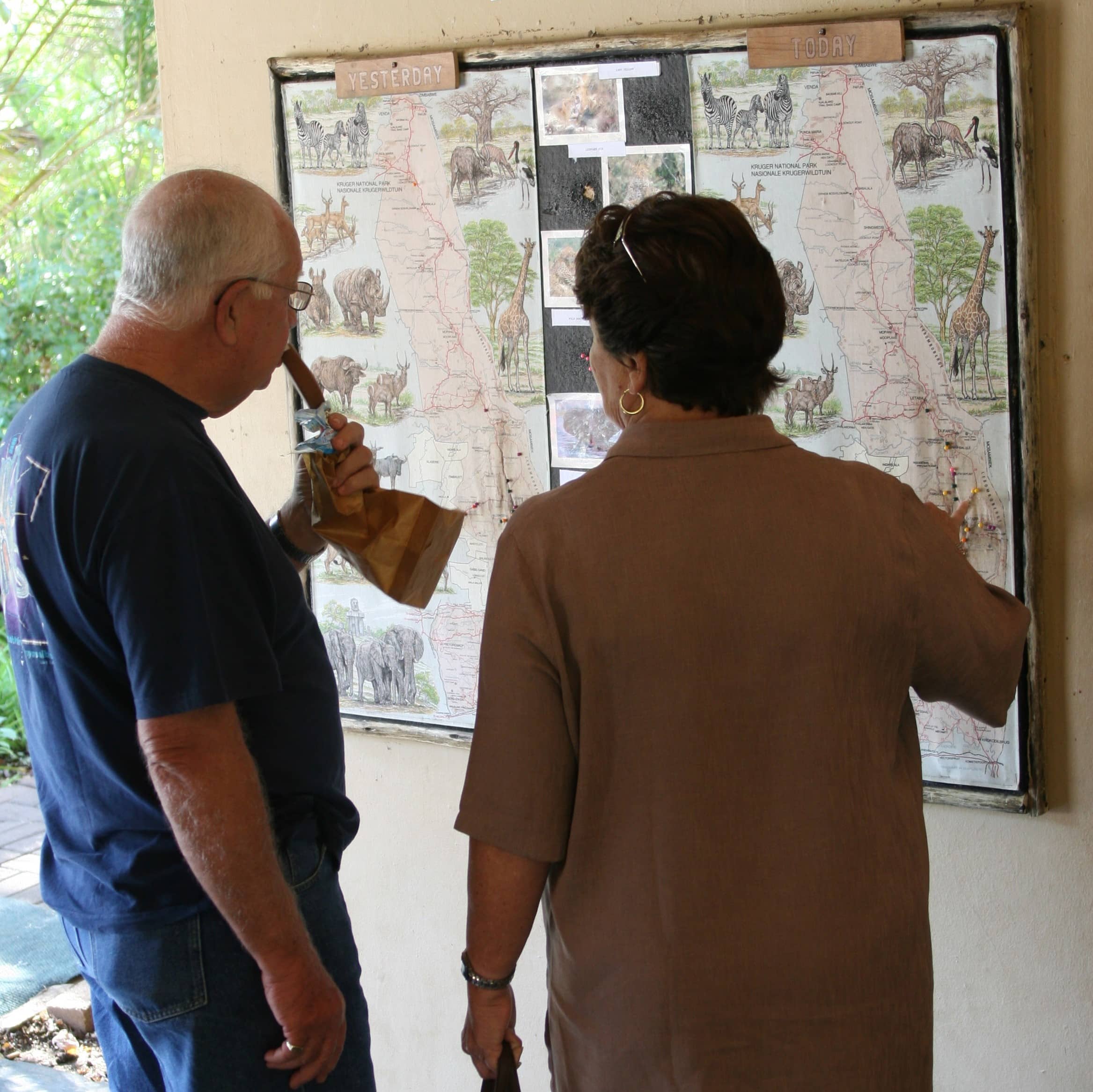 A passenger-laden car in a National Park does not NEED to move. Find a promising spot to stop- a river view, waterhole, dam, bluff, or a popular animal path- switch off and let you senses acclimatise to what is happening around you.

Listen carefully, and after a few minutes you will attune to the roar of activity taking place in the “silent” bush. Bird will be calling from all angles. You will hear mammalian alarm calls. Your intrusion into somewhere with a scarce resource like water will have set alarm bells ringing across the animal kingdom. It will take some time (at least five minutes) for the more shy creatures to build up the courage to continue about their normal business if they perceive you not to be a threat.