Spring temperatures in the main safari regions to the north increase to 28C/80F in the third quarter of the year with a short-lived kerb season characterised by hot, dry winds. Daylight hours extend by an hour or so, leading to a change in gate times in the public Kruger. Private lodges adjust their timings for drives to go out at 04h30 or 05h00 in the morning, half an hour earlier than in winter, and also leave later for afternoon/ evening drives to catch the setting sun.

A short spring is quickly followed by a hot, wet summer, a welcome respite from the cold and dryness of winter. The distinctive flowers of species like the knobthorn vividly presage the arrival of the first rains in the bush. 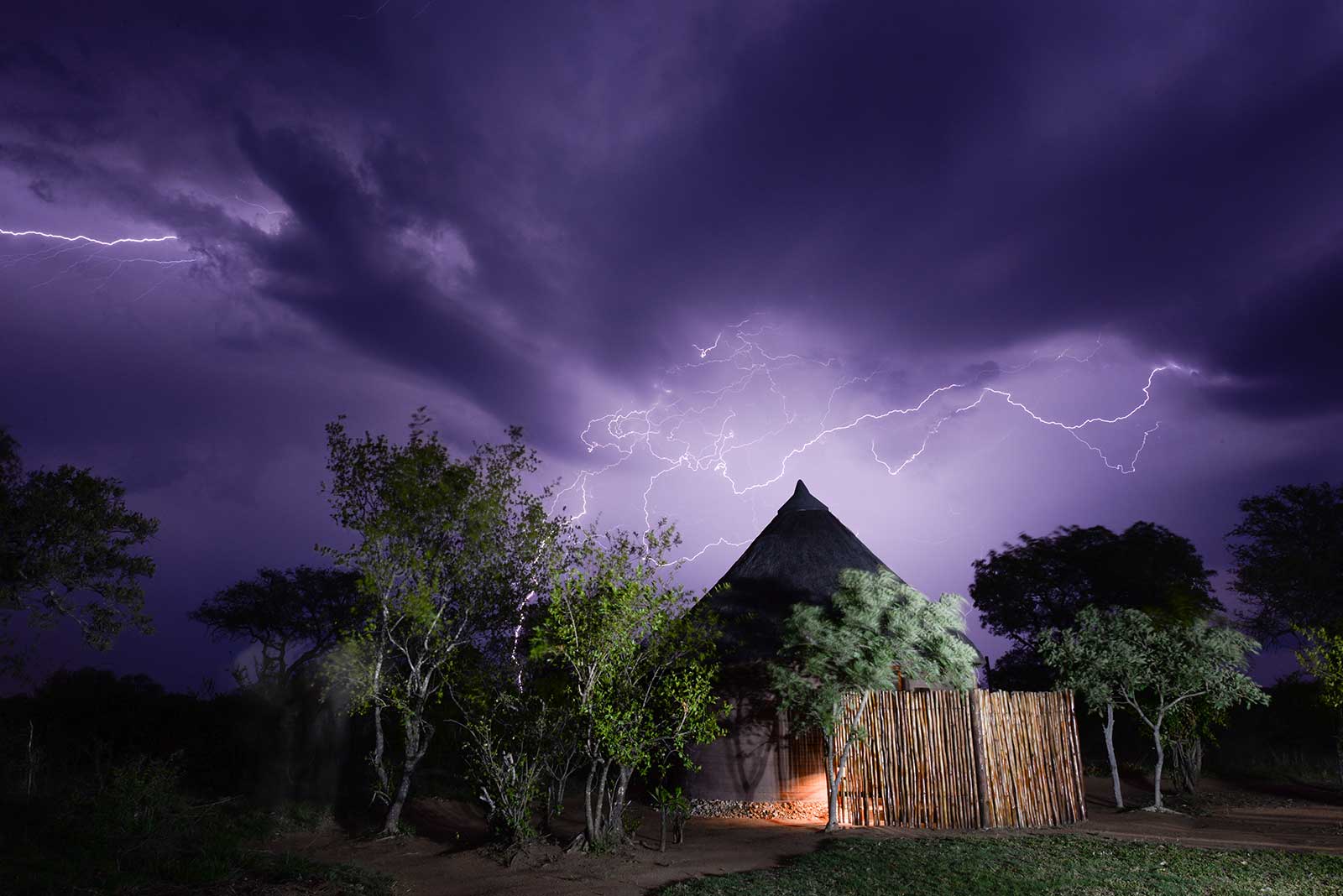 Arc of lightning at Africa on Foot 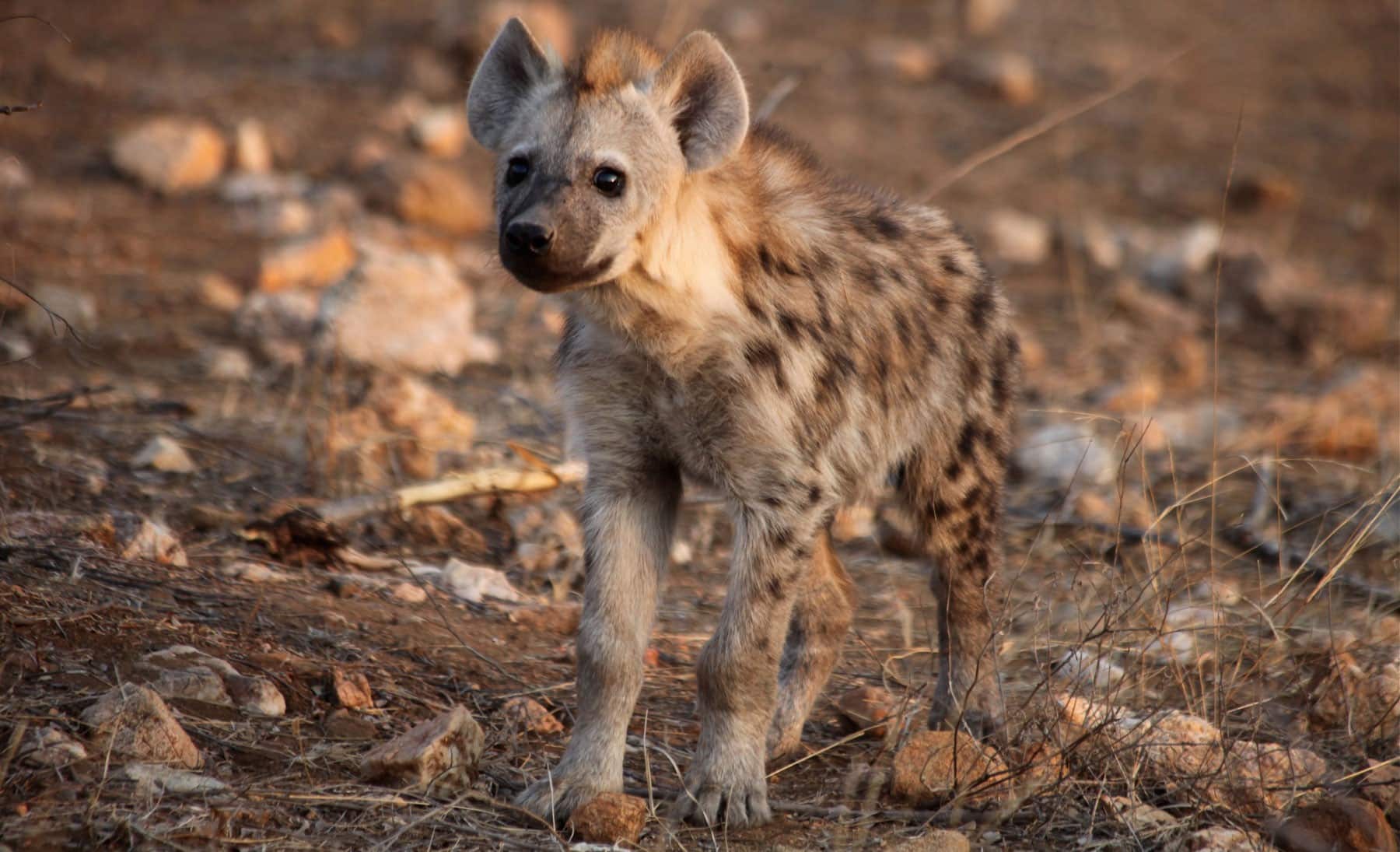 The veldt erupts into life and the colourless brush is transformed. Dry river beds and gullies suddenly course into action and dried-up wallows come back to life. Perennial rivers rise rapidly as water pours down from the Escarpment to the west. Floodplains disappear under the inundation (apart from the Delta where you’ll have to wait 3 months for it to arrive from Angola!). 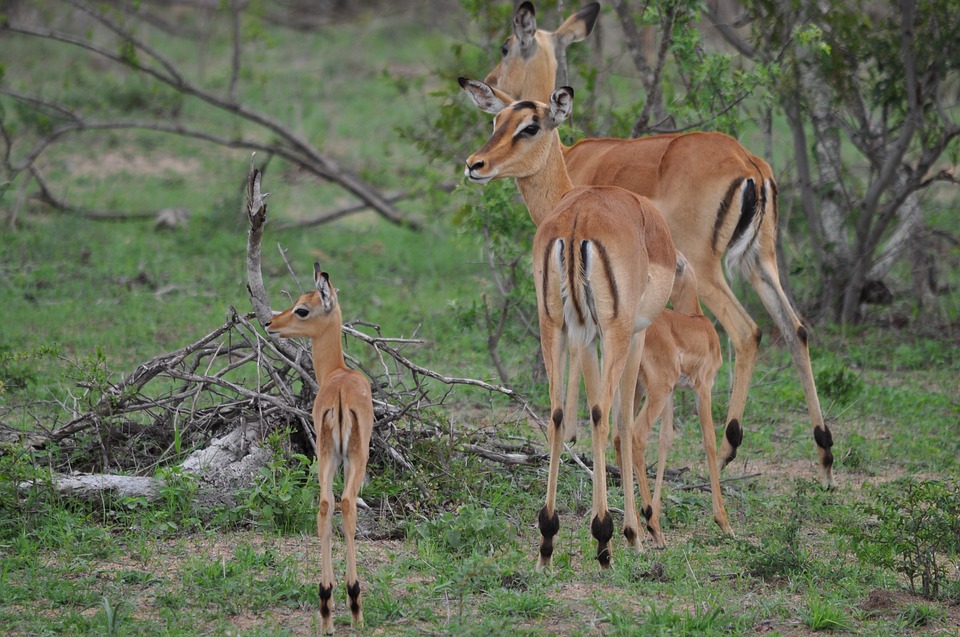 This spectacular evolutionary trait swamps the predators’ appetites (there is plenty of hunting action) but gives survivors the best chance of survival in their exposed first weeks. Many mammal species deliver offspring at this fertile time.

Migratory birds return from their travels, with the cuckoo traditionally announcing the first day of spring on its return from Europe with its distinctive call; it will stay in Africa until the days shorten and the temperatures drop again. Many of the 600+ species in residence by this time preen and proudly display colourful breeding plumage. The seasonal migration of game to rivers and other winter water sources is reversed; animals become more widely dispersed across their full ranges.

The first rains have the benefit for photographers of dampening down the particles in the air from the dry season’s extensive bushfires. Early summer is crisp, clear and bright and the bush not yet too thick to obscure your view. There is plenty of predator/prey activity to document.

Usually you’ll avoid straying too far from the lodge if a storm is on the horizon, or just take shelter until it passes. The spectacular skyscapes left behind are a photographer’s dream as the sun drops behind gigantic cloud masses. 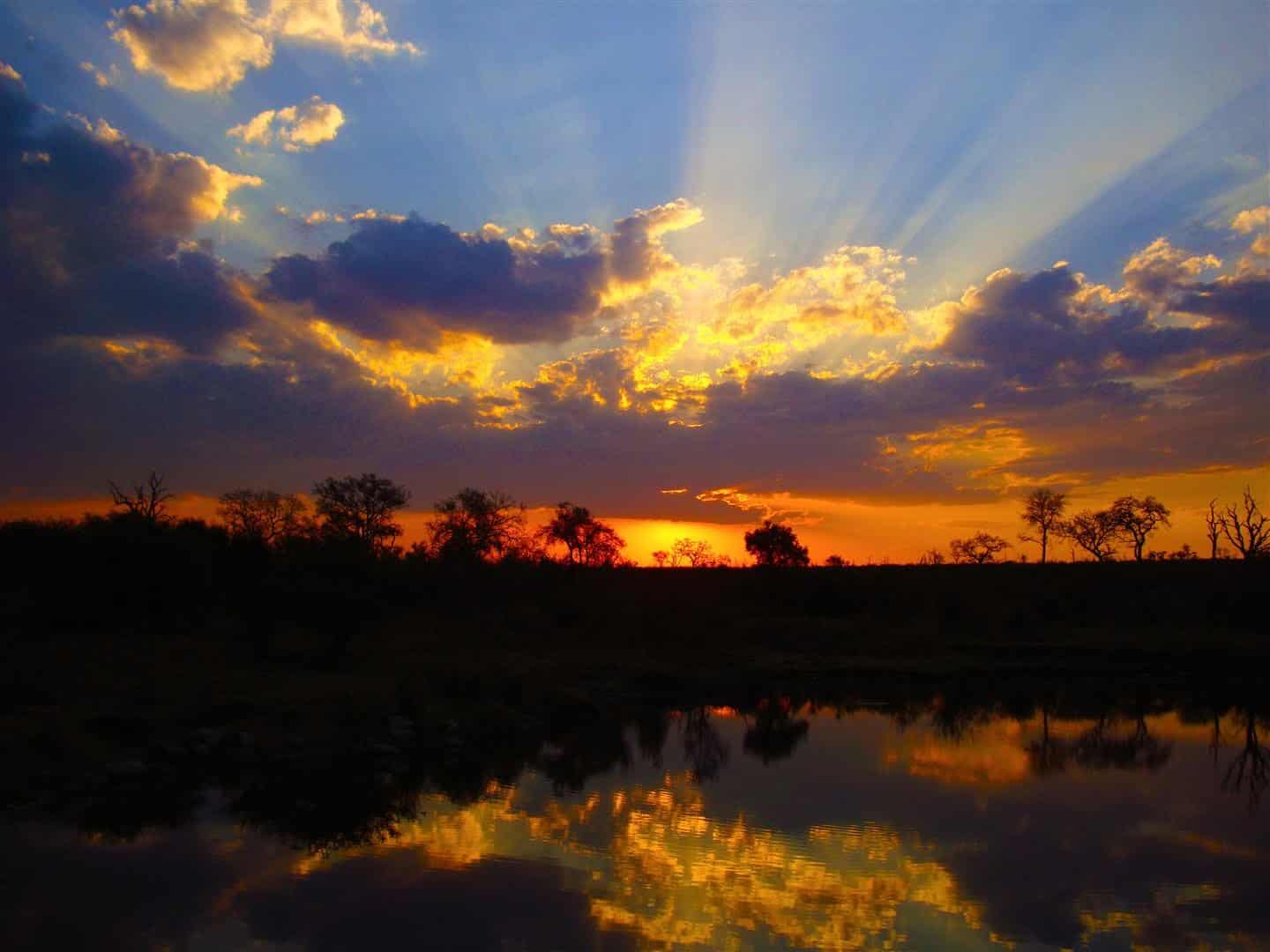 Like the animals, your activities will revolve around the heat and light of the day. Drives are usually conducted in the cooler morning and early evening. These are the best times for sightings as the game is also on the move. Walks are usually in the early hours of the morning. Many trails close seasonally because of the heat. If you are self-driving and plan to be out for large parts of the day, you will need air-conditioning in your vehicle and to be very well-stocked with water. Get-out points in the Kruger itself are relatively few and far between.

In the peak of Summer it is very hot and wet, and not recommended for camping unless you really know what you are doing. An air-conditioned room in a comfortable lodge with a swimming pool and a refrigerator is highly recommended as the mercury slides past 40C/100F+ in the heat of the day. Your canvas would not get much chance to cool off, particularly having been closed up for the day to stop unwelcome animal intruders into your tent.

Be warned that Gate quotas are enforced at peak times such as Christmas and Easter and can lead to popular Southern entrances to the Kruger stopping admission of  visitors (both day trippers and those without pre-booked accommodation) relatively early on in the day.

Recognise that many parts of wild subtropical Africa (including the Kruger) are malarial during the rainy season and you must take advice from your medical practitioner for precautions and pills well before you travel.

The summer months contain the most extreme variations in prices at the private lodges. Christmas and New Year are the most expensive times to visit. A spring “kerb season” prior to the festive season conversely offers the best value at some lodges. 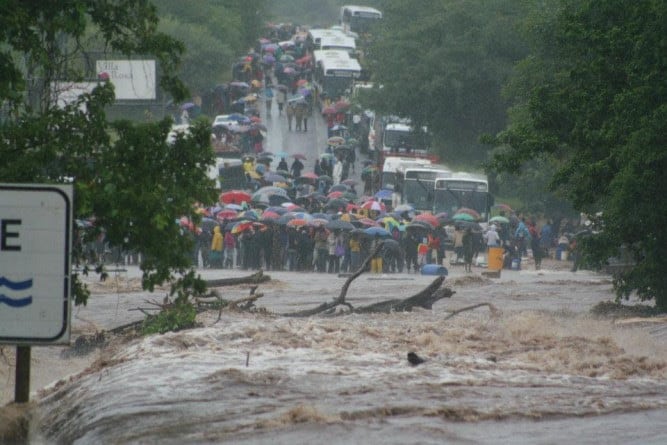 The region is prone to flash flooding, often caused by the after-effects of tropical cyclones coming off the Pacific via the Mozambique channel.

It is not unheard of for roads to be closed in the Kruger. Your guides will be aware of any changes caused by rain. Check at a restcamp if you are self- driving.

A “hundred year flood” occurred in the central Kruger region in 2012, when a number of rivers (including the Blyde, here near Hoedspruit) burst their banks. Some safari properties on the affected systems were washed away.