The Kruger National Park is among the largest game reserves on the African continent, and the most diverse with 14 distinct eco-zones. It covers almost 2 million hectares (think of this many sports fields) of the top right hand corner of South Africa. In numbers, it extends over 18,989 square kilometers, 7,332 sq miles.

This makes it larger than eighty countries; the closest in size are Slovenia and El Salvador. Compare it to Wales or the US state of New Jersey to get an idea.

West and south of the Kruger National Park are the two South African provinces of Limpopo and Mpumalanga. In the north is Zimbabwe, and to the east is Mozambique.

Much of the Kruger Park plus the Blyde Canyon forms the Kruger to Canyons Biosphere, an area proclaimed by UNESCO as an international Biosphere Reserve. This is where we get our name from, though most call it (and us) just k2c.

The Kruger is part of the Great Limpopo Transfrontier Park, a Peace Park that links Kruger across the international borders with Gonarezhou National Park (Zim) and Limpopo National Park (Moz).

The unfenced area is double that of the Kruger alone. This lot combined are the size of the Netherlands or Maryland, nearly 4 million hectares. Bring your passport and explore!

The vision for the area is to further expand the Great Limpopo Park to incorporate land to the north east and including Sinave and Bahine national parks in Mozambique. This will bring the extend the area  under protection to 10 million hectares. 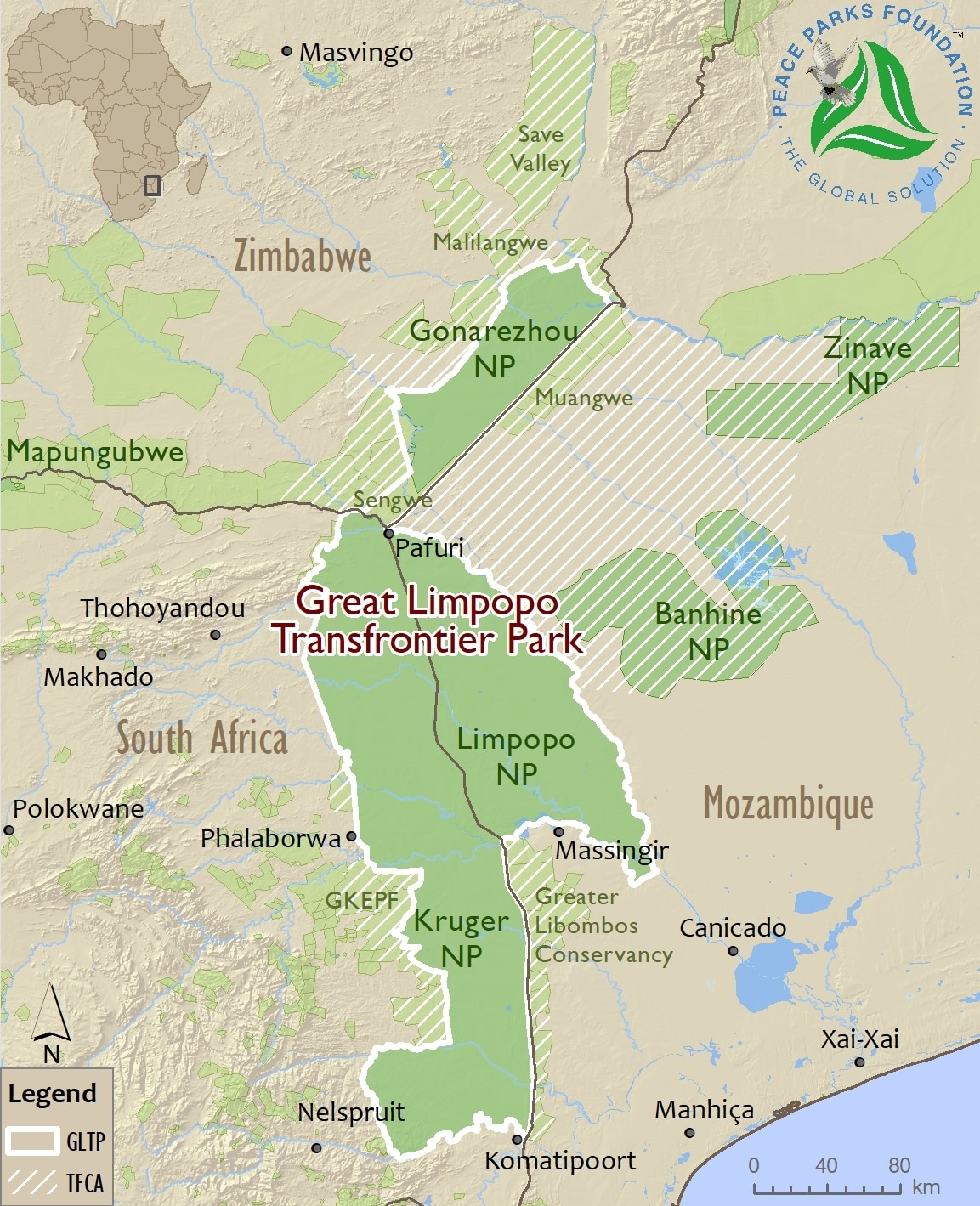 The best of the Kruger