Savannah exists as the largest South African biome covering around 45%, or nearly 1 million square kilometres, of the country.

Savannah was once used restrictively to describe central South American grasslands in Spanish but is now used extensively in many nations to describe a vegetation type typified by a lower, herbaceous, often grass-dominated, component and an upper level woody plant community.

This is what we mean by the South African “bush”, a scrubby mix of grasses, bushes and medium sized trees.

Canopy cover may range from very low to up to around 75% where the plant communities are then often described as ‘shrubveld’, ‘woodland’ or ‘savannah woodland’, very common in the Kruger region as a whole.

It is the predominant biome in the Lowveld and the Kalahari, as well as in adjacent Botswana, Namibia and to an extent also in Zimbabwe.

Kruger’s dry savannah woodlands contain the richest distribution of large mammal species found in any sub region in the world. The vegetation is high in nutrients and great for the hoofed animals.

More than half of South Africa’s terrestrial diversity is here, on only 1.5% of the country’s land surface.

Representative species include elephant, rhino, buffalo, lion and leopard, together with rare antelope such as tsessebe, sable, roan and hartebeest. This is one of the last remaining viable habitats for the African wild dog.

The highest concentrations of giraffe in Southern Africa are found in this central region between the Letaba and Sabie rivers with the main concentrations in the Klaserie valley.

After a section of monotone mopani veld savannah from Letaba restcamp up to the Levuvhu river, the landscape suddenly transforms into sub-tropical savannah encompassing a particularly diverse range of terrains.

The Makuleke region contains a unique fever tree forest in its savannah.

Baobab groves open out in to alluvial floodplains and sandveld containing springs and glades. 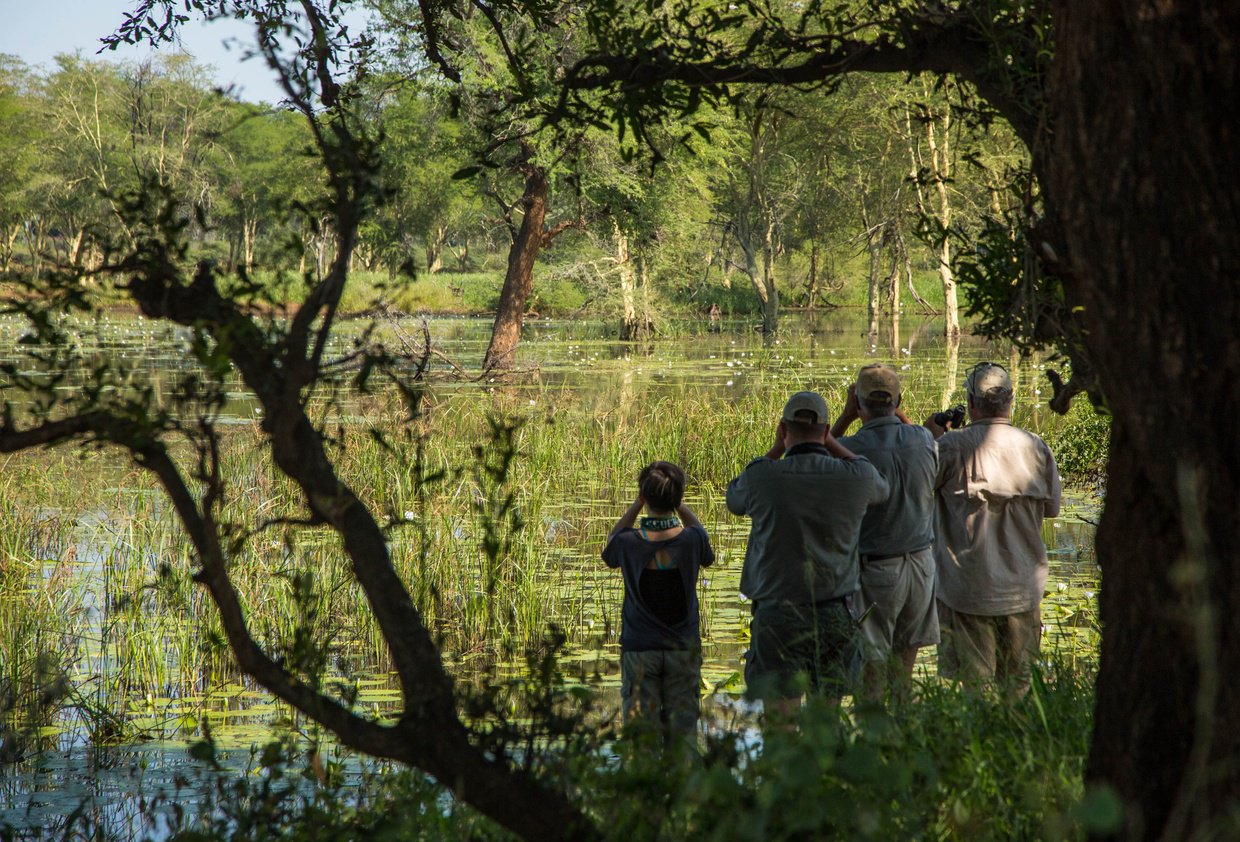 The biome predominates in the weak to strong summer rainfall areas receiving more that 235mm of rain per annum, and experiences strong seasonal and daily temperature fluctuations as well as occasional frost and hail in some higher lying areas (up to 2,000m above sea level).

Summers are long to very long, being of greater duration than that experienced in other biomes, and will extend sometimes for up to 7.5 months where daytime temperatures may reach 40 degrees Celsius or more.

Savannah areas, due in combination to the multitude of geology and soil types, variance in rainfall, fire and action of various herbivores, are generally bio-diverse with equally beautiful and varied landscapes making them compelling destinations for eco-interested travellers.

Fire is in many areas very common, sometimes controlled or influenced by the action of humans. However most savannah plants and animals are well-adapted to such occurrences and bio-production generally increases following fires and ensures that the grass layer predominates over time.

Due to the strong and long link between savannah and early human occupation, the structure of this biome may be linked to the action of humans over time.

Faunal presence, diversity and biomass is limited to the variance and composition of the vegetation in any one region within the savannah biome as a whole; thus some areas may have a multitude of antelope species while other areas may not, or at least have different types due to their varying adaptations to environment and conditions.

In general, savannah tree heights vary between 3m and 7m, but massive specimens of up to 20m or more may be seen, especially along large watercourses or wooded ravines and gulleys amongst relief features.

Many of the South African savannahs are effectively conserved as game farms, with a small proportion conserved officially. Other areas within the savannah are utilised for cattle farming and some agriculture where soils are suitable and water may be available. Much of this biome is non-urbanised probably due to the mostly hot, moist climate and presence of serious diseases like malaria and sleeping sickness spread by the mosquito and tsetse fly respectively.

The savannah biome here is considerably more biodiverse than savannahs in other African countries, mainly due to the complexity of the geomorphology, and is considered to be an important centre of diversity and speciation (Cowling et al, 1989). It is in the savannah biome that most of the large mammals and birds, which are special attractions for both national and international visitors, can be seen.